What are Psychedelics and Entheogens? 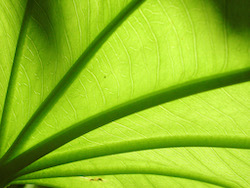 Since the dawn of humanity, cultures have used medicines from nature for healing, spirituality, and communal rites of passage. Some of these medicines have been used for their powerful psychoactive properties, including psychedelic effects.

The word “psychedelic” was created from components of Greek literally meaning “mind manifesting”. This is because psychedelic substances induce non-ordinary states of consciousness.

These “trips” can include alterations in mood, thought, and perception that can include a perceived expansion of consciousness, heightened awareness of sensory input, and sometimes visual phenomena.

It's important to note that psychedelic experiences can be emotionally rewarding, but also have the potential to be mentally challenging. The crucial major factors that affect the quality and value of these experiences include “set and setting” (mindset and environment), as well as the purity of the substance, the dose taken, the presence of a guide or sitter, and the process of post-experience integration.

The category of psychedelics includes both compounds synthesized in labs as well as substances from natural sources such as fungi, animals, cacti and other plants.

Researchers use the term “classic psychedelics” to refer to a family of substances with chemically similar structures – called tryptamines – that includes psilocybin (mushrooms), lysergic acid diethylamide (LSD), dimethyltryptamine (DMT) and mescaline (the psychoactive component of peyote).

“They are generally considered physiologically safe and do not lead to dependence or addiction.

In fact, there is growing evidence that psychedelics can help effectively treat addiction and substance use disorders, as well as other mental health issues such as PTSD, depression, OCD, and end-of-life distress in palliative care.

Dr. Nichols continues, “Psychedelics are a class of drug that cannot be fully understood without reference to a number of other fields of research, including anthropology, ethnopharmacology, psychiatry, psychology, sociology, and others.”

For many cultures and individuals, psychedelic substances are part of religious practices or can catalyze spiritual experiences. As Johns Hopkins researcher Dr. Matthew Johnson explains:

“Classic psychedelics have been administered as sacraments since ancient times… Moreover, classic psychedelics were shown to occasion mystical experiences, which are subjective experiences reported throughout different cultures and religions involving a strong sense of unity, among other characteristics.”

“…the feature that distinguishes the psychedelic agents from other classes of drug is their capacity reliably to induce states of altered perception, thought, and feeling that are not experienced otherwise except in dreams or at times of religious exaltation.”

While not all users of psychedelics consume them for spiritual purposes, the deep history of ceremonial use and intention around these substances led researchers to create a word that specifically describes that kind of use.

“An ‘entheogen’ is a mind-altering substance that induces the experience of being entheos, of communion with deity, of sharing an identity with the deity, of having the god dwell within.”

Also formed from Greek roots, interpretations of entheogen include “bringing forth the divine within,” and “that which causes God to be known or experienced within an individual.”

The category of entheogens can include classic psychedelics, as well as other substances that share the essential effects of the definition. However, use of this term for a substance emphasizes its religious or spiritual purpose and sacramental use, distinguishing it from use as a recreation of a part of “drug culture”.

Ironically, Nichols notes that while the formal scientific community has not widely taken up the term entheogen, it “is now seeing fairly wide acceptance within the culture of those who use these substances ‘recreationally’... the reader should realize that in some circles entheogen is generally synonymous with psychedelic.”

Many of our modern problems may have ancient solutions found in sacred plants and ceremonial medicines.

However, as the "psychedelic renaissance" unfolds, it is crucial that each consumer, practitioner, and industry of such medicines educate themselves on the cultural and environmental concerns around particular medicines (biocultural conservation), and practice sacred reciprocity.