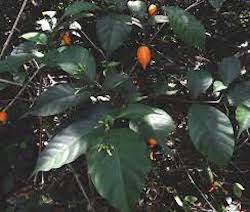 What is Ibogaine and how is it used in treatment of Opioid Use Disorder?

• Ibogaine is a psychoactive substance from the root bark of an African shrub
• It is reported to reduce opioid withdrawal symptoms and reduce cravings
• Wild iboga is overharvested and endangered, but alternatives are available

Ibogaine is a naturally occurring psychoactive compound extracted from the root barks of Tabernanthe iboga, a shrub native to West Africa. It has been used for many centuries in various rituals within the region, particularly in the Bwiti religion.

In small doses, ibogaine has a mild stimulant effect. In larger amounts, it can put a person into a powerful psychedelic state.

Historically in France, Ibogaine was sold as an antidepressant for more than 30 years before being banned in the 1960s. Ibogaine’s anti-addictive effects became known in the U.S. starting in 1962 – but five years later, it was classified as a Schedule I drug (the most highly restricted category).

Ibogaine is currently unregulated in many parts of the world, and is not on the UN's international lists of controlled psychotropic substances. It is approved for medical use in Brazil, South Africa, and New Zealand.

However, Ibogaine is currently illegal in the US, Australia, Belgium, France, Switzerland, Sweden, Poland, Denmark, Hungary and Israel. This legal status makes medical research extremely difficult, so there is a lack of controlled clinical trials.

Ibogaine has also been used for decades in non-medical settings by underground providers for the treatment of addiction. A 2021 TIME Magazine article declared, “Ibogaine is one of the most promising psychedelics for addiction.”

Unlike methadone and buprenorphine, ibogaine is not an opioid substitute. Ibogaine’s anti-addictive effects have two components:

“The success stories sound eerily alike: a single dose of ibogaine can take you on a visual journey of your most significant life events. You’re able to forgive yourself and others for past traumas, and the drug seems to rewire your brain, zapping withdrawal symptoms and extinguishing opioid cravings within hours—with results that can last for weeks, months and sometimes even longer.”

Newer research describes ibogaine not as a hallucinogen but rather as a “holotropic” substance: producing non-ordinary states of consciousness such as meditative, mystical, or psychedelic experiences.

A single dose of ibogaine is enough to put someone in an altered state. Many people who have taken ibogaine said they went through a visual journey of the most significant events in their lives.

“The success stories sound eerily alike: a single dose of ibogaine can take you on a visual journey of your most significant life events. You’re able to forgive yourself and others for past traumas, and the drug seems to rewire your brain, zapping withdrawal symptoms and extinguishing opioid cravings within hours—with results that can last for weeks, months and sometimes even longer.”

Many researchers believe that the role of psychedelic experiences is crucial in the context of transformational healing. Going through the psychological, emotional, and often spiritual process is just as important to the effectiveness of treatment as ibogaine’s pharmacological anti-craving effects.

"By realizing what are the root causes of the suffering which is driving their repetitive and destructive behavior of drug consumption, patients are... becoming aware of their own condition’s causes in a much deeper psychological perspective.

This interpretation is supported by the fact that most of these patients had previous treatments for drug dependence without success before trying the ibogaine, which helped them to recover.”

Read more about Iboga and ibogaine from our friends at the International Center for Ethnobotanical Education, Research, and Service (ICEERS).

While ibogaine offers immense therapeutic potential, there are crucial issues that cannot be ignored surrounding taking of the plant and access to the medicine.

According to the nonprofit Grow Medicine, the Iboga plant takes 7-10 years to mature in its indigenous habitat in Gabon. Increasing demand from outside cultures has driven prices up so high that the local Gabonese people are prevented from accessing their own traditional medicine. Grow Medicine states:

"This results in unethical poaching to the degree that iboga grown in the wild is almost extinct."

Similarly, the nonprofit Plant Medicine Healing Alliance notes that while they are working to decriminalize iboga and its natural extracts, they encourage people with substance use disorders of opiates or other drugs to use semi-synthetic ibogaine from voacanga instead of natural iboga. This is because, while iboga can be produced sustainably in greenhouses and plantations around the world (including in Gabon), most of the current supply comes from poachers overharvesting wild iboga in Gabon.

A 2021 ICEERS report concludes that the current global iboga ecosystem is out of balance, and iboga’s connection to its roots in Central Africa needs to be restored. It makes a number of specific recommendations on the topic, emphasizing the need to:

"Place the principle of reciprocity at the heart of all processes, emphasizing respect for the plant, its origins, and its traditional stewards."

In February 2019, the Gabonese Republic totally suspended the export of iboga as a precautionary measure. However, as Lucid News reports, in February 2022 the NGO Blessings of the Forest has completed the first of two phases necessary to bring iboga to the West legally for the first time under the Nagoya Protocol (an international treaty which mandates that when a country uses the resources of another country, it must share the benefits).

Working in partnership with Gabon’s Ministry of Forests and numerous Gabonese villages that farm iboga, Blessings of the Forest is the first organization to apply the Nagoya Protocol to a psychedelic substance. As part of the proposed agreement, a percentage of clinic revenues from the North American iboga therapy center operator who will be receiving the iboga will be paid to the villages that have used the plant for ceremonial and medicinal purposes for countless generations.

In accordance with Nagoya, the villagers will be receiving payment not just the plants themselves, but also for their deep knowledge about iboga’s use. If this agreement is successful, it could be a new model for ethical medicine sourcing in psychedelic treatment.

Per Lucid News, Marie Lou Miboka, who is President of Blessings of the Forest and a Gabonese iboga healer in the Bwiti tradition, says that the agreement will help with “international recognition of the value of our cultural and natural resources, but above all to put an end to the illegal trade in Gabon’s ‘Sacred Wood’ and finally be able to allow traditional communities to also benefit equitably from the economic benefits of this ancestral national heritage.”